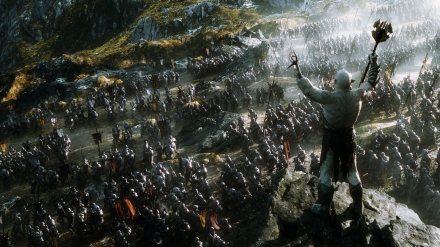 What can I say? People know by this point that “The Hobbit” trilogy isn’t my cup of tea. Yeah they’re OK, but people want more than that, and they get upset when I have less to give them — which I most certainly do. “The Hobbit: The Battle of the Five Armies” is the end of the cinematic universe of Tolkien for the foreseeable future due to issues with the Tolkien estate in securing rights to Tolkien’s other works (Christopher Tolkien, J.R.R.’s son, hates these films unequivocally). I’ll say this to accommodate Hobbit lovers as well as people more akin to my taste. “The Battle of the Five Armies” is again over padded — even though it is the shortest of the six Peter Jackson films — and it still oozes CGI where it isn’t always need, even more so actually. However, it is the best of the Hobbit trilogy so if you enjoyed those, best start emptying your wallets.