Westerns haven’t died out as much as I thought they had, now I think about it. I mean, they did but they are still popping up around the place. I remember in “Argo” in a scene when they are trying to come up with a fake movie idea to cover up their plans to enter Iraq, they decided not to feature a horse because that would automatically make the film a western, and “nobody makes westerns anymore”. That was just after John Wayne had died, one of the kings of the genre back in its hay day. Now though, films like “3:10 to Yuma”, the “True Grit” remake from the Coen brothers, the overtly lengthily named “The Assassination of Jesse James by the Coward Robert Ford” and even “Rango” which is by all means a fine Western. These are all fine Westerns, but the beauty of “Django Unchained” is the way it truly brings us back to what a Western was and still can be. It’s not just about dusty brown backgrounds, small towns with saloons and a Sheriff with a star badge, though that is a big part of it. The nostalgia “Django” will bring to lovers of classic Westerns will be just one of the things that make the film truly great and in this day and age, unique.

END_OF_DOCUMENT_TOKEN_TO_BE_REPLACED 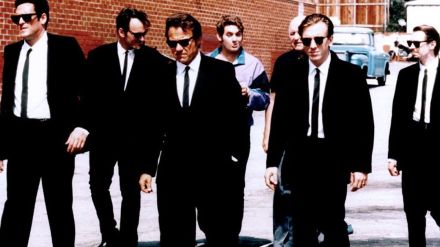 Quentin Tarantino has become such a huge director since his initial debut with “Reservoir Dogs” in 1992, immediately afterwards in 1994 he went on to make “Pulp Fiction” which is in my top three films of all time (so far). Everything this guy releases seems to be astounding, he’s someone you can practically guarantee to put out something worth watching, and you never feel he’ll let you down if you get excited for one of his films. Perhaps it’s good then that his only sub-par film came when no one knew his name. “Reservoir Dogs” holds so many Tarantinian elements that just don’t work in this film, but they are traits and signatures that Tarantino has since come to exquisitely perfect.