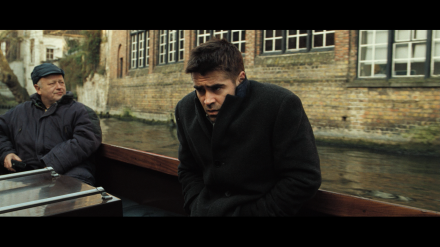 I’ve actually been to Bruges. At one point Ray (Colin Farrell) remarks that he wants to “hide out in a proper country where it isn’t all just fucking chocolate”. There was chocolate in Bruges, but I didn’t get any because they had it all locked up behind exhibits in the museum, and what was there was bloody expensive. A chocolate museum that only gives you chocolate buttons as you enter? Maybe I’m not as culturally mature as I should be, or at least I wasn’t when I went to Bruges. “In Bruges” somehow made me want to go back even after I heard Ray repeatedly express his disdain for the place. “It’s a shithole” he says, and maybe he’s right, but they wanted me to pay for the luxury of going to the toilet, so I wouldn’t know.