Michael Bay has wholeheartedly devoted himself to making films from the perspective of someone with dementia. In the Transformers franchise, we have had the pleasure of witnessing ten years of a mind that seems to be slowly decaying but still technically functioning. Transformers: The Last Knight isn’t the worst Transformers film in terms of sheer boredom and duress, but it is the most sloppily constructed mess of a film I have ever witnessed. Films that are told in chronological order that are somehow harder to follow than Memento are a big red flag for me, as they should be for anyone.

Gratefully, this is an improvement on Age of Extinction, the last abomination to come from the whirling depths of Bayhem. This is mostly due to it being mercifully the shortest sequel of the series, though it still clocks in at a hefty two and a half hours, although I can’t stress enough that out of all the series so far, this is the most technically nauseating watch so far. Christopher Nolan has experimented with switching between aspect ratios to some success, although I struggle to not find the experience distracting on a normal TV screen. The last Knight, however, switches religiously between three different aspect ratios (2.39 : 1, 2.00 : 1 and 1.90 : 1), essentially between a standard letterbox, an IMAX ratio, and one somewhere in between. It’s incredibly distracting due to the movie being cut like an Olivier Megaton film but with the addition of cycling these ratios between cuts. Never before has a screen seemed so restricting.

This is all is part of what is responsible for the utter lack of intelligibility on display here. Visually the movie is bewildering, which means that when the dialogue and plot are asking to be listened to, it’s already too late. It also doesn’t help that the film is written seemingly by a 7 year old fan who has played too much Grand Theft Auto. Expletives are supposedly punch lines in and of themselves, but no one told me. I don’t believe I summoned any laughs that indicated I appreciated the humour, instead chortling at the sheer misguided spectacle of it all.

Mark Whalberg reprises his role as Cade Jaeger, still giving a worse performance than Shia LaBouef in my honest opinion. Why is it that he is allowed to do his voice from The Happening here and not get relentlessly chastised for it? Laura Haddock is the resident Michael Bay eye candy, along with Josh Duhamel for the ladies — returning to the role of Colonel Lennox for the fifth time. Anthony Hopkins appears as a British Transformer expert that is clearly very much enjoying picking up a big juicy cheque in his old age. I don’t blame him, but a small part of me is against it. I hate other people having fun.

The plot is beyond hard to regurgitate for you, which is usually a good indicator that a film has some deep seated issues. From what I can decipher, Optimus Prime (Peter Cullen) has been turned into an evil version of himself by Quintessa (Gemma Chan). This was a big selling point of the trailers and the way it actually comes to fruition here is the least cathartic drivel I have ever seen. God I love a good marketing ploy.

Beyond that there is definitely something here about knights, talismans, somewhere in here is a guy who is actually the titular last knight, I remember a robot dragon, also a bunch of elderly women spying on some girl supposedly having sex, and a robot butler (Jim Carter) that actually was funny on the off occasion but I struggled to make sense of what Bay actually wanted his character to be.

So what I can see here, is an amalgamation of ideas that one person or perhaps a few thought would make a good movie. These ideas were then taken and endless action scenes woven around them. These scenes would then be recorded by hundreds of cameras so as not to miss a single second of the delicious mechanical practical effects. I’ll stop being facetious for a moment to deliver much needed praise here, the actual staging of the action set pieces are impeccable, as is standard for a Bay flick. The man has talent there is no denying it, but somewhere along the line this immense practical vision he has is being distilled into a crooked mess of nuts and bolts. I want him to be an advisor on these things. It worked with Zack Snyder on Wonder Woman, it could work here. These movies don’t have to be bad at all, in fact I see great potential for these as summer blockbusters, if only.

Again, I left the viewing fatigued and wondering how on earth I was going to do this the next time the series rears its ugly head. I don’t really know and I don’t think I ever will, it is already a testament to human resilience that for ten years these films have successfully raked in dollar after dollar. Enough to justify exorbitant spending and still make a worthwhile profit. I’m not going to tell anyone not to see this if they are a Transformers fan. Knock yourselves out, if you wanted to boil down this review into an ‘is this for me’ summary then I’ll just say, this is pretty much what we’ve seen happen four times before now. Think you can fit another one in your life?

This did not turn out anything like I thought it would, and I came at this movie with two entirely different ways of thinking. One side of me retained the cynicism I had developed from the trailers, none of which managed to convince me this was going to be anything other than a standard haunted house extravaganza lacking in any real substance or coherency. Another side was coming from a place of optimism, having heard that reviews were actually calling this one a masterful Stephen King adaptation as well as a great horror movie in it’s own right. It’s never ideal to come into a movie with any preconceived notion of quality, but in this case what I saw conformed to neither. It is a movie of highs and lows competently thrown together in a manner that works, fleetingly.

END_OF_DOCUMENT_TOKEN_TO_BE_REPLACED 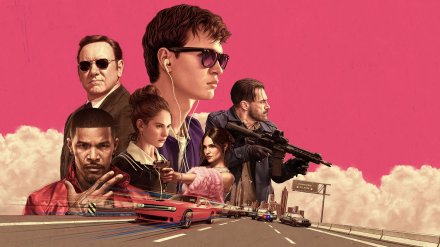 Baby Driver is a film of absolute purity. While leaving I tried to think of a witty way to describe it. I settled on cocaine, thought it was good enough, wrote it down, posted it, moved on. I told my friends that I loved it, but I wouldn’t be able to watch it again any time soon. There was just something about it that stunk of a one-and-done affair, call it the come down? The next day I felt it calling in the back of my head as I told my family about it and discussed it with friends. The day after, I was longing for it even more. Watching the first five or so minutes online, trailer after trailer, seeking that same buzz again.